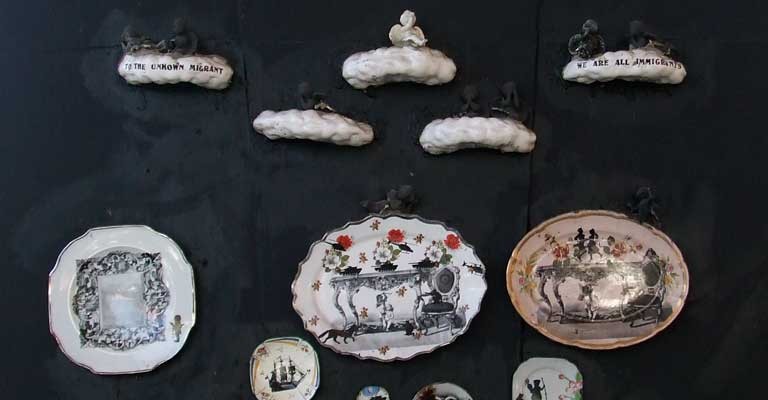 I’m asked every day where home is. Over the years, the question has become more difficult to answer. If home is where you were born, it’s South Africa, and if it’s where you’ve lived for the past decade, the UK. But if it’s where the heart is, to quote the cliché, it’s sometimes both, most often neither.

Emigrating at 17 means I have no childhood experience of England – the school dinners, white cider in the park, Button Moon – and I haven’t lived in South Africa as a grown-up. Even after 11 years and a citizenship test, I don’t understand Jaffa Cakes, the Sex Pistols or the ease with which words like scrounger and skiver are reeled off in pubs and speeches alike. I’m asked some days when I’ll go back. When I do, I’m called a limey or pom.

It’s more comfortable for me to be flippant, to reduce the question of home – how important it is, what it means to feel homeless – to a bad joke about being able to understand the chocolate-orange flavour combination. That’s because I had a choice in leaving, and thanks to a visa quirk, the choice to stay. For so many others around the world, that’s not the case.

In May 2008, the army was sent out onto South Africa’s streets for the first time since the end of apartheid. Across the country, armed mobs were hunting immigrants, knives, machetes and fire their weapons of choice. I watched videos of the men in khaki camo, with guns so big they needed both hands, on YouTube, the 24-hour news cycle already having cycloned on. ‘What do you do when your guest refuses to leave?’ a man asked, looking directly into the camera. ‘You tell them to go home, and if they don’t go, you push them out of your door.’

Refugees were often refugees twice over: having fled poverty, violence and brutal repression in their countries of birth, they were evicted from their homes in South Africa, beaten and threatened, what little they had taken from them. Go back, was the message. You can’t stay here. Go home.

For many displaced people, where they’d been born was no longer home. But neither, the fires and knives told them, was South Africa. Reintegrate, relocate or repatriate: their only options, as politicians leveraged the violence for their own purposes, all in the name of The Rainbow Nation.

As I worked on Call It Dog throughout 2009 and 2010, I realised the novel is about what it’s like to be between countries, feeling at home in neither. It’s about what happens when we begin to believe the stories we tell ourselves, from the neatly packaged summaries of a country you’re no longer familiar with, to dangerous attempts to change history through violence or, as has often been the case, calculated inaction.

On the Dylan Thomas Prize