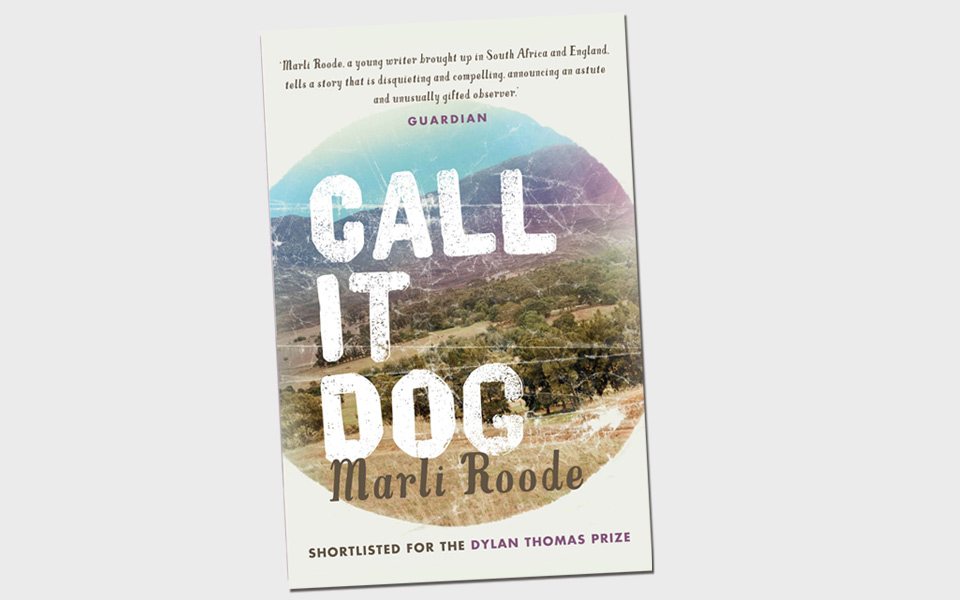 About Call It Dog

Jo returns to South Africa after ten years in the UK to cover the riots sweeping the Jo’burg township of Alex. Nico, her estranged Afrikaner father, reappears and asks her to help prove his innocence in the murder of a black man, abducted by the security forces decades earlier. As they set off on a road trip through South Africa’s now-unfamiliar landscape, it becomes clear that Nico knows more about the murder than he is letting on, and Jo begins to wonder whether she is his accomplice, or his captive. Set against the backdrop of a country struggling to absorb its bloody history and forge a new democracy, Call It Dog asks whether justice and truth are more important than the bonds of loyalty and love, and explores what is it like to feel you no longer belong in the land of your birth – or to your own family.

Tells a story that is disquieting and compelling, announcing an astute and unusually gifted observer… Roode allows the slow unfolding of a journey steeped in tension, anxiety and occasional moments of uneasy tenderness… Roode’s careful scrutiny of character and motivation that makes what could have been a well-worn tale of post-apartheid inheritance feel urgent and necessary… a skilfully executed debut. The tone is consistently one of taut, sombre reflectiveness, with indications in Roode’s artfully worded descriptions of the range of this gifted young writer. Guardian

337 pages, Published in Great Britain in 2013 by Atlantic Books

Extract: Chapter one pages 1 – 3; A Season in Paradise

I find him in Empangeni. My father lies on his back at the edge of the sugar-cane valley, one arm under his head, the other flung out, fingers plaiting scrub and yellow weed flowers. The camera next to him is shuttered and blind. He squints at the wavering sky, which moves with heat if not with wind. Empangeni rises behind us: tinshanties glint through the sugar-mill smoke and dusty tracks cross thered hills to mark mission churches, now crumbling. In front of us, thegreen swarm of cane stretches to the horizon.
‘When did you get here?’ I ask.
‘Just now.’
I stand over him, waiting. We’re quiet, at right angles to each other.I close my eyes and lift my face to the sky as though hoping to feelrain. But the early-morning sun burns through my eyelids, red lightsuddenly inside my head.
‘How did you know I was here?’ I ask. The heat touches my shouldersand chest, a blessing.
‘I read your stuff online. By Jo Hartslief in Johannesburg, South Africa.’
He speaks in a British accent, mispronouncing my surname the waythey all do. His would be no easier for them, the rolling r of Roussouwsomething only the Welsh would be able to attempt. ‘The articles were good,’ he says.
His compliment surprises me. ‘Thanks.’ I look down at him, the sunspots fading from his skin and clothes as my eyes adjust to the light.
‘Well, not too bad anyway. A bit “human interest” for my liking.’ He doesn’t move to put air quotes around the term, and he doesn’t need to. ‘Too many interviews with crying refugees.’
Lying down, my father’s belly slopes up from his ribcage. I wonder if it will hang over his waistband when he stands up. He’s grown a beard, which is red and grey in patches, and his nose has been broken since I last saw him. It’s hooked now, but at fifty-three, he’s too old for it to be handsome.
Before I can decide whether or not to get irritated, he asks: ‘Were you staying near Alexandra?’
‘No. I’ve been going into the townships with Tumelo, the photographer I’ve been working with. He knows where to go.’
‘He’s good,’ he says, nodding his approval. ‘He’s taken one or two nice shots.’
Tumelo’s a war correspondent and has been taking photos much longer than my father has. I sometimes search stock-photo libraries for the pictures my father takes – of steaming bowls of pasta and sauce, moist slabs of cake. I want to ask how his slathering shoe polish onto raw meat and frosting grapes with hairspray qualifies him to judge, but I know better, even after so many years.
‘Most of the other journalists out here from overseas, it’s obvious they’re staying in nice hotels in Jo’burg,’ he says.
I too have been staying in a nice hotel in Jo’burg, spending the money my grandmother left me on swimming pool access and a queen-sized bed. But I haven’t been able to sleep in it.
‘And using copy from the news wires anyway, getting the local photographers to do all the difficult work for them,’ he scoffs. This is something he’s always banged on about, that photographers never get enough recognition. I don’t let on that I agree with him. ‘But your stuff is different.’
‘Thanks.’ I wonder how long he’ll let me have this.
‘Of course you’d be stupid enough to go there. They warned the press that it’s too dangerous, especially for a woman, and of fucking course you went anyway.’ He looks at me for the first time, his eyes triumphant slivers in the glare. ‘I hope those kaffirs roughed you up a bit, put their pink hands all over your pasty skin. That’d teach you.’ I gather fistfuls of my skirt at my sides to steady myself against what I know is coming. ‘Teach me what?’
‘That you can’t just come back here after so long and still know how it is – how bad it’s gotten – or how to stay safe.’ He turns his frown back on the sun. ‘You can’t come back after ten years and have it be your home any more.’
‘I never said it was.’
‘I bet they only picked you to come out here because of your surname. That and the nostalgia for swimming pools and Mandela that you whip out when you’re trying to be exotic and interesting.’
I force myself to breathe in for four counts and hold it just as long. But my voice wavers with the heat that has come to my face nonetheless. ‘You don’t know why I came out here, or what happened when I was in Alex.’ The words are wet. And he can hear it, has always been able to tell when he’s scored a point, even over the phone. In spite of myself, I want to tell him about the fires, the bloody blankets on the side of the road. That before I left London two weeks ago on assignment for a magazine, I’d called a few of my other contacts to see if they’d be interested in a series of articles about corruption and cronyism in South Africa. When the riots broke out, I was a cheap source of copy; ‘already in-country’ was how they put it. But I know that my father doesn’t care about how I ended up in Alex, and if I try…